A new bank for Asia, not China 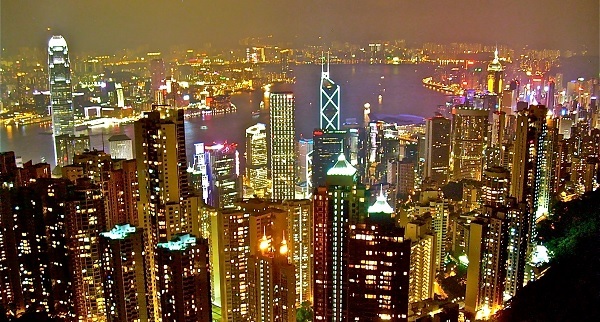 16 Oct A new bank for Asia, not China

China will be able to ease fears that it is buying political influence with its proposed Asian Infrastructure Investment Bank (AIIB), if it can have the multilateral bank headquartered in an ASEAN financial capital and not a Chinese city, says SIIA Chairman Simon Tay.

China’s initiative for an Asian Infrastructure investment bank (AIIB) has been gaining momentum, with more governments indicating interest and in-principle support. Yet, reports emerge that the United States opposes the idea and is leaning on allies to stay out. With China hosting the Asia Pacific Economic (APEC) Summit next month, this issue is coming to a boil.

American objections should not be a surprise. The AIIB proposal runs against the established regional and global order, in which the Americans dominate the World Bank while the Japanese traditionally head the Asian Development Bank.

Yet, such arrangements, based on history, fail to reflect the reality of China’s current and still growing economic weight. The existing banks also seem unable to meet the real needs for infrastructure across Asia, both at present and into the future.

Estimates are that from now to 2020, Asia needs some US$8 trillion (S$10.2 trillion) for infrastructure. Indonesia alone is said to need US$230 billion. The Greater Mekong Sub-region, linking less developed parts of Vietnam, Laos, Cambodia and Thailand, is estimated to need about US$50 billion.

Beijing’s proposal for the AIIB, with an initial start-up capital of US$50 billion, is, therefore, important and indeed necessary. Indeed, its funding to neighbouring countries is already dominant.

Yet, many bilateral projects have faced accusations that China is buying political influence and gives insufficient consideration to social and environmental protection. Construction of the China-supported Myitsone dam in Myanmar, for example, has been stopped because of such fears.

Compared to this, an AIIB could provide a better way forward.

The new bank could take on rules and processes that are fairer and more transparent. Although China will take the majority stake, the interests of different countries can be accommodated to create a bank for Asia, and not just China’s plaything.

Similarly, Japan must consider participation. While Sino-Japanese tensions have risen over territorial and other issues, both are economically interdependent. Both are deeply engaged with ASEAN and the wider region. There are moreover, precedents in Sino-Japanese cooperation on economic issues.

One is the ASEAN+3 Macro-economic Research Office (AMRO) — a small but key institution to monitor regional financial stability. This followed the ASEAN+3 currency swap agreements under the Chiang Mai Initiative Multilateralisation — now with some US$240 billion pledged, and the bulk from China and Japan equally.

Another key to make a better AIIB is to float public bonds and other market instruments for infrastructure funding. Such a move would bring at least two benefits.

First, the deep pockets of private savings across Asia could be mobilised, on top of government funds. Second, since private investors seek returns, there would be greater market disciplines and due diligence in determining what projects get the green-light.

At present, the best placed financial centres to take up this role would be Hong Kong and Singapore, both of which can tap regional and global capital, and are also yuan-clearing centres.

Why should China take this path? Creating a more multilateral AIIB would show that Beijing can go beyond seeing the bank as their domain, and support ASEAN centrality — as Chinese leaders say they do.

This can be anchored in several ways. One is to allow ASEAN collectively a special recognition, even if some poorer members cannot contribute much to the AIIB’s share capital. Another marker would be to situate the bank headquarters in an ASEAN capital. The precedent of AMRO, already mentioned, is headquartered in Singapore.

What about American objections? Some will remember how, back during the Asian crisis of 1997-98, they persuaded Japan and others not to support calls for an Asian Monetary Fund. However, the reality today is that, given the real needs for infrastructure, a simple “No” will no longer suffice.

China can and will very likely go ahead.

But if American allies — and even the US itself — would join this initiative, Beijing could not dominate, as some fear.

Instead, all could join to create a truly Asian bank to help build not just infrastructure, but cooperation across the region.

Simon Tay is chairman of the Singapore Institute of International Affairs and an associate professor teaching international law at the National University of Singapore. This commentary was originally published in TODAY on 16 Oct 2014. It was also published in The Nation, Japan Times and The Jakarta Post.