Can ASEAN maintain central role in the region? 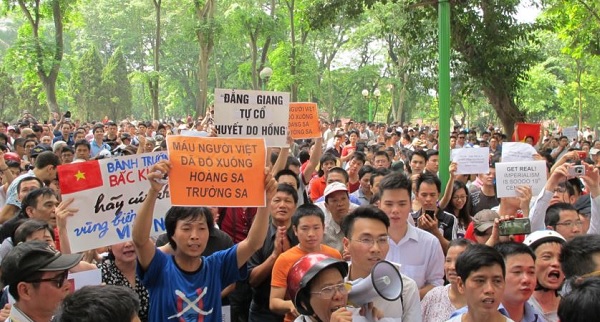 22 Apr Can ASEAN maintain central role in the region?

At the Association of Southeast Asian Nations (ASEAN) Summit in Kuala Lumpur starting this Friday, concerns about major regional powers will be high on the agenda. Tensions between China and Japan have been palpable and may again be stoked with the coming 70th anniversary of the end of World War II.

For the United States, despite repeated assurances of its pivot to Asia, fast-developing problems in the Middle East dominate President Barack Obama’s attention. Mr Obama’s effort on the Trans-Pacific Partnership (TPP), as a centrepiece for the US’ economic engagement with the region, also faces a closing window if there is to be a successful conclusion. While recent news of a Congress-backed Trade Promotion Authority Bill on the TPP is expected to help push the accord closer towards a conclusion, protectionist measures could still hinder forward momentum. Japanese and American trade negotiators continue to quibble over Japan’s resistance to open up its farming sector and over calls for the US to end import taxes on Japanese cars.

As China rises and Japan seeks to re-establish its own sphere of influence, the region is at risk of increasingly assertive powers trying to shape the regional agenda to suit their own interests. ASEAN cannot dictate to these major powers and will have to remain cohesive to remain a central player in maintaining regional stability.

Historically, ASEAN has helped improve dialogue and understanding with initiatives such as the East Asia Summit — which brings together all the key powers — and the broader ASEAN Regional Forum. Major powers accepted this because of the group’s neutrality and non-threatening position.

But the risk of flare-ups has increased, particularly in light of reports of rapid reclamation work by Beijing in disputed waters in the South China Sea. Against this backdrop, divisions in ASEAN vis-a-vis China have cast doubts on ASEAN’s centrality in the regional architecture.

Here are three priorities that ASEAN leaders should consider if they are to retain confidence in playing a central role in the wider region.

First, ASEAN must develop the current regional forums and summits to ensure it remains a diverse and overlapping network of groupings and meetings that involve different powers.

At the inaugural Singapore Forum held earlier this month, Prime Minister Lee Hsien Loong said ASEAN can serve as a good platform for countries to cooperate with China and the US, allowing small countries to have their interests represented in the global fora. The current ASEAN-led regional architecture focuses on building an inclusive community based on norms for cooperation, rather than an order predicated on power calculations. This helps to diffuse competition for influence and leadership among different powers.

While tensions among the major powers increases, ASEAN as a group must avoid being permanently aligned with one side or another. Instead, it has to retain a position that allows it to agree with one side or the other, according to the situation. Take for example the South China Sea dispute, where the US and the Philippines have been among those denouncing China’s building and reclamation efforts in the disputed waters.

Earlier, ASEAN efforts resulted in a Declaration of Conduct that calls on all parties to exercise self-restraint and to employ peaceful means to settle disputes. The group should continue to stand united and speak in one voice to move forward on negotiations that will bind China to a Code of Conduct. Much patience in dealing with China on these issues will be needed, given the major power’s preference to deal bilaterally with claimant countries. But ASEAN, on its part and as a group, must refrain from endorsing or encouraging any party in its claims to sovereignty.

Second, ASEAN needs to push ahead with its Community project to increase group cohesion. On economic issues, efforts to promote ASEAN as a common market with a single production base have enabled the group to speak with one voice. ASEAN leaders at the summit must reinforce this and, in the process, push back against protectionist interests that seek to slow down integration.

Building on this, ASEAN should strengthen the political-security and sociocultural pillars to deliver a broader sense of community. Transnational problems such as climate change, spread of infectious diseases and irregular migration could spread rapidly as ASEAN integrates even more closely. Regional and multilateral cooperation among all 10 member states will help to manage these problems effectively and efficiently.

Notably, current Chair Malaysia aims to make ASEAN a more people-centred institution. Malaysian Prime Minister Najib Razak promised to steer the group close to the people of South-east Asia, to make this institution part of people’s daily lives. The summit can provide a good first assessment not only of that broad and bold ambition, but also of the details of how this can be delivered.

This ties to the third need for greater political will and an effort to renew and galvanise the institution from within. A more efficient and effective ASEAN Secretariat must serve as a key mechanism to bring all 10 countries together. But the governments of ASEAN have long shied away from granting more autonomy, budget and bureaucrats.

The current ASEAN Secretariat is strapped with a budget of approximately US$12 million (S$16.2 million) per year, about 300 staff and struggles to administer up to 1,000 ASEAN meetings held each year. This is insufficient even for the Secretariat’s current role, let alone future ambitions for a deeper ASEAN community.

The group may be made up of small and medium-sized countries where, even collectively, its economies are dwarfed by those of the major and middle powers in the region, but what it lacks in power and size, the group can make up for by utilising its centrality, underlying legitimacy and trust to develop greater normative power.

Asia is opening a new chapter in history and ASEAN must find and assert its place and right to shape the region’s future. Otherwise, it risks getting sidelined in the regional architecture.

Simon Tay and Shangari Kiruppalini are, respectively, chairman and policy research analyst at the Singapore Institute of International Affairs (SIIA). The SIIA has published two policy briefs that make recommendations on how ASEAN should strengthen its central role amidst rising regional tensions. They are available at http://www.siiaonline.org/page/publication/

This commentary was originally published in TODAY on 22 April 2015.