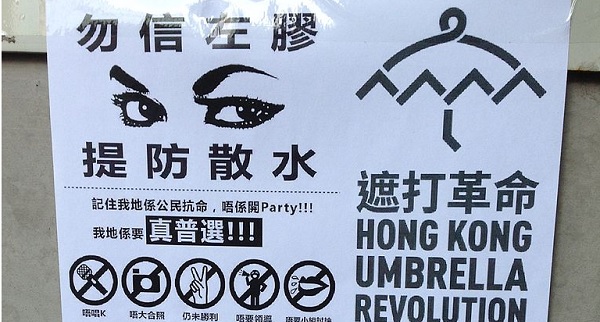 Hong Kong is now into its third week of mass protests, with no clear end in sight. But how is the rest of the world reacting to the situation in Hong Kong?

Given Hong Kong’s status as a former British colony, parliamentarians and ministers from the United Kingdom were among the first to speak out on the issue. China has, in turn, criticised the British for interfering in its internal affairs. But Britain has argued that the rest of the world has a legitimate interest in what happens in Hong Kong, given its status as an international financial centre and pillar of stability in Asia, and the fact its freedoms and autonomy were guaranteed in a legal treaty.

To be fair, much of the international response has acknowledged China’s commitment to “one country, two systems”. A common observation is that the people of Hong Kong actually had less democracy during its colonial days. The blame for the protests arguably lies with Hong Kong’s own authorities, not Beijing per-se, says Mr. Chris Patten, the last British governor of Hong Kong, who oversaw its handover to China in 1997. He is now Chancellor of the University of Oxford. The authorities have gravely miscalculated what their citizens will accept, and also given false assurances to the central government in China.

The ongoing protests have already adversely affected business in Hong Kong, a significant blow to one of Asia’s largest financial centres. It has been suggested that other Asian regional hubs – such as Singapore – may benefit from Hong Kong’s misfortune. In addition to the present disruption of business, the protests underscore the uncertainty of Hong Kong’s future stability, autonomy and neutrality vis-a-vis other Asian cities.

While it is common for Singapore to be seen as a rival to Hong Kong, a study published by the International Monetary Fund in July showed that the two cities complement one another. They serve two distinct regions, with Hong Kong’s business ties to North Asia and China, and Singapore as a financial hub with links to the rest of Southeast Asia. In addition, Singapore and Hong Kong are themselves major trade and investment partners.

Given its international links, Hong Kong will not be the only Asian economy that stands to lose out if the street protests continue. The picketing is adding to the global sense of gloom worsened by concerns of weak growth as the US winds up its bond-buying stimulus programme. Investor pessimism is also fuelled by the spread of Ebola in the US, war in the Middle East and the crisis in eastern Ukraine. This has resulted in financial markets all over the world, including Singapore’s, to tumble.

At one point, it seemed the pro-democracy protests in Hong Kong were dying down. But a recent video showing police officers beating Mr. Ken Tsang Kin-chiu, a member of the pro-democracy Civic Party, went viral and has once again boosted public support for the protests.

Chief Secretary Carrie Lam cancelled talks with students earlier this month on the basis that constructive dialogue was not possible. But a prolonged impasse is not ideal for Hong Kong’s status and reputation among foreign investors in the long term. Already, Hong Kong residents fear that the Chinese territory will be increasingly overlooked as more mainland cities rise and gain international recognition. Even if Hong Kong’s government administrators are unable to agree to the demands of the student protestors, it is imperative that they show they are willing and working hard to reach a compromise. If not for greater autonomy, then to give Hong Kong a continued fighting chance against its mainland economic powerhouse.