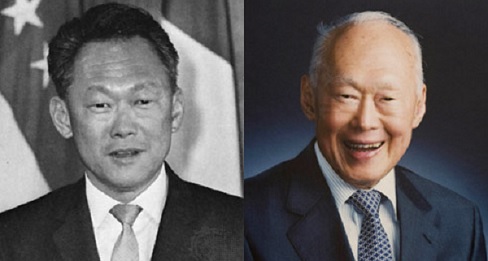 Mr Lee’s vision on governance and diplomatic engagement has also influenced policymakers beyond Singapore. For that, more than Singapore will feel his passing, Prof Tay added.

“Mr Lee has always focused on Singapore and led the country through difficult times, from ‘third world to first’ (in his own words). But in the process, he was a mind that analysed key global issues that impacted our small country, like the rise of China and continuing role of the USA.

“He was a personality that interacted with generations of leaders and struck up long term relationships with leaders of great powers. And his was a voice that spoke clearly and directly, even if his views might be controversial. So although he did not set out to speak for Asia, it will be more than Singapore that will feel his passing,” said Prof Tay.

“This amity was crucial as it helped Singapore in many areas from security to economics,” said Prof Tay.

The SIIA is Singapore’s oldest think tank and, while independent, represents the country in the influential “track-2” network of ASEAN-Institutes of Strategic and International Studies (ASEAN-ISIS). Global surveys in the past three years have ranked the SIIA as one of the leading think tanks in the region and no. 1 in Singapore.  The SIIA is now running the Future50 (F50) program (www.future50.sg) that explores Singapore’s directions and responses to key challenges over the next 50 years.

Prof Tay is the SIIA chairman and an Associate Professor of Law at the National University of Singapore. He served as an independent and non-elected Member of the Singapore Parliament from 1997-2001, and then as chairman for the government’s National Environment Agency (2001-08). He currently serves to represent Singapore as an Eminent Person for the ASEAN Regional Forum.

Prof Tay was quoted by Channel NewsAsia alongside other representatives from think tanks and academic institutes in Singapore in a special feature paying tribute to Mr. Lee and his impact both in Singapore and on the global stage.

Prof Tay’s quote was also carried by Reuters in their coverage of Mr. Lee’s passing, and subsequently by many news organisations worldwide.