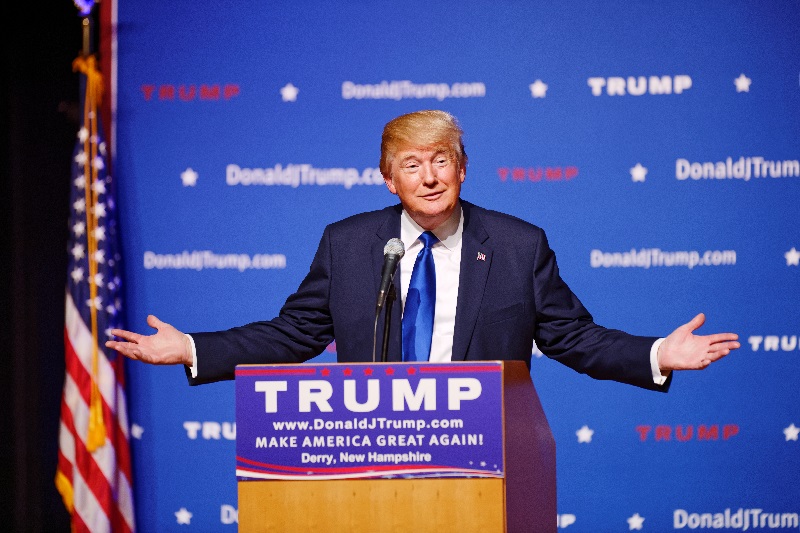 SIIA Chairman Simon Tay was interviewed by Channel NewsAsia’s Dawn Tan on Singapore Tonight, Wednesday, 9 Nov 2016. He comments on Donald Trump’s win in the US Election and how Asia is reacting to the win. The video is available on Toggle.

Q. (Dawn Tan): Now here to share his insights on the US elections, I’m joined in the studio by Associate Professor Simon Tay, he’s Chairman of the Singapore Institute of International Affairs. Welcome. Good to see you. So – Donald Trump surging to an unlikely victory by all accounts. Were you surprised by the result?

A. (Simon Tay): Well, about two months ago I said we must be expecting a Trump victory. I think anybody who can surpass, go into, from the primaries to the main election, there’s a chance – and for every crazy thing he’s said, he’s said other things that do have resonance, for a broad band of American voters. And I think that’s come true today.

Q. You’re right, he did have to contend with pretty solid candidates in the primaries. And in the run up to this election, in Singapore, in the region, politicians and countries have all voiced their concerns about a Trump Presidency. Now here it is, he is the US President-Elect. How is the region going to react to this win?

A. Well, I think globally there is a broad sense of populism, there is a questioning of globalisation. And this happens in America, and Trump is riding this wave, which pulls not just throughout America and Europe, but here in Asia where we are very export-dependent. So one of the keys is to look at the Trans-Pacific Partnership (TPP) and the expectations that this will somehow be completed, as Singapore and others have called for. I think this is very unlikely now. Not just because of Trump, but he and the other candidate, Clinton, really had to campaign in a way, backing away from free trade. The problem, I think, of populism – it’s exposed the underbelly of globalisation. A lot of middle class feel they have not benefited from globalisation at all.

Q. So looking a little bit more closely at the components that led to this win for Trump, those battleground states where a lot of unhappiness had been voiced about the loss of jobs, the loss of manufacturing sector, so on, they were vital for a win for both candidates. What does it tell you, the fact that Trump managed to break through some of that Democratic wall? He took Wisconsin for example, a state that had been very concerned about that loss of jobs?

A. I think that’s precisely the thing. The headlines get caught up in his sometimes sexist, sometimes racist, statements, beneath that there is that story about de-industrialisation, and a kind of hopelessness that has really set in, in pockets of America, over these last 10, 20 years of globalisation. And the line that really has stuck is anti-Clintonism – she’s been part of the system, he’s positioned himself as an outsider. The question now is, how will he govern? What does he do? If he comes close to some of the things he’s said on the campaign trail, that could solve problems, not just for Asia but also for America’s domestic economy.

Q. So Prof Tay, would you say then – for those who said that, look, a lot of these statements he’s made, these populist statements, was it more than that, then?

A. Well, I think there is a certain sentiment he’s exposed, and we must expect a different streak in American politics. And after all, if there was a sea of red in our markets, the whole map of America is red. Many states went the Republican way. And I would say also that we have to anticipate that – and give him some space to back away from some of the more extreme statements he’s made, especially about Asia. I hope that his acceptance speech is one sign of that. He was much more Presidential than he has been on the campaign trail. And I think that responding this way to his comments about China, and others in Asia, would certainly help. In a world which already has so many problems, let us hope that America does not become a factor of instability.

Q. So as you said earlier, Prof Tay, Trump really rode on this wave of anti-establishment feeling, it was a very nationalist message that he held his campaign on. America’s going to have to put itself back together again. Many of its elections tend to be very heavily divided anyway. But do you see its role in Asia changing?

A. I think first of all, domestically, you’re absolutely right, Dawn. A divided, weak America, at home, cannot be strong abroad. Trump’s line of making “America great again” is both domestic and external. And his external – I think his talk about revisiting relationships not just with China, but his allies, I think that will cause some turbulence. And let us see in the next few weeks what he does with those messages. I think it’s possible that the general attitude, Americans will realise, that getting engaged with the world still is important, but the terms of the engagement may change.