Stumbling to map a path through the haze 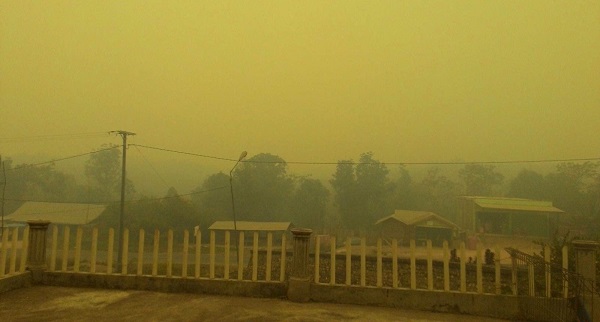 19 Jul Stumbling to map a path through the haze

It was probably wrong to expect too much too fast when Association of Southeast Asian Nations (ASEAN) environment ministers met to discuss the haze, caused by fires in Indonesia.

Never mind that Singapore and Kuala Lumpur, which hosted the meeting, have suffered record-high and hazardous levels of the pollution. The Sub-Regional Ministerial Steering Committee (MSC) — which brings together ministers from Indonesia, Malaysia, Singapore, Brunei and Thailand — seems to face real limits on what it is capable and willing to do.

Some compromise was reached to share land concession maps at the government-to-government level. But this will only be done provided that leaders agree. The promise also falls short of making them publicly available, an idea suggested by Singapore’s Minister for the Environment and Water Resources, Dr Vivian Balakrishnan.

Similarly, the meeting voiced some optimism that Indonesia would, at last, ratify the ASEAN haze treaty, more than a decade after other governments. Yet, nothing concrete was decided.

In the past, the MSC was used to kick-start and review on-the-ground cooperation, with Singapore working with Indonesian officials in Jambi while Malaysian efforts were undertaken in Riau. But since these projects, the MSC has failed to restart them, let alone sought to replicate and scale up such cooperation. Even at this week’s meeting, Indonesia was non-committal.

The Singapore minister judged that only “slow progress” was made.

This may be too diplomatic. The MSC has now met 15 times over a decade, and others will be scathing about a lack of substance and political commitment.

Take the problem of the maps. The Indonesian Environment Minister, Dr Balthasar Kambuaya, said that publishing concession maps contravenes Indonesian laws. Neither did Malaysia support disclosure. While the country is a victim of the haze, Malaysian companies have been implicated in the fires on Indonesian soil.

It is important that governments consider the benefit of public disclosure. Public data is critical for coordination between governments and local agencies, and for monitoring by non-government organisations (NGOs). Without accurate and official data, it would be difficult for countries to enforce fire prevention laws and respond to future incidences of severe haze.

Companies can benefit if concession maps are made public. Their reputational and operational risks rise when information remains undisclosed, as the media and governments increasingly seek accountability for fires. Governments must seek ways to exert greater leverage over the industry.

Reports are that Indonesia lacks definitive and accurate information and maps. New systems and coordination frameworks can and must then be set up. One initiative by Indonesia is the integrated map system or One Map. This is led by the REDD+ Task Force that reports to President Susilo Bambang Yudhoyono to reduce greenhouse gas emissions.

Yet, even this effort faces obstacles in cutting through red tape and laws that prevent map-sharing across different agencies and between the central and local authorities.

This reveals a second and quite fundamental problem facing the environment ministers.

Within each country, there are different agencies of government that must be coordinated. This applies to the question of providing maps when concession grants are made by other ministries — Agriculture and Forestry. Actions taken by local communities and decisions by provincial officials can also create differences between the maps and the realities on site.

The question is whether the environment ministers are able and allowed to coordinate and foster cooperation across these different agencies. Based on their meeting, the answer seems to be “no”.

In the weeks following the worst incidents of haze, the ASEAN foreign ministers first met, and now the environment ministers have followed up. Yet, little has been agreed upon and even less have been effective.

The reasons that there is a respite from the haze are that the region is experiencing some wet weather dampening the fires, and that Mr Yudhoyono made a stateman’s decision to apologise and send across thousands to quash the fire swiftly.

The MSC is a necessary but insufficient way forward. It has seeded political will to eradicate haze and punish those responsible — but more needs to be done. Industry and consumers must now take up the hard work from here.

As a follow up to the MSC, the environment ministers must work together to provide authoritative maps to clear up the question of responsibility. Otherwise, when the ASEAN leaders next meet in October, the haze will be lingering on the agenda.

Concerted efforts must be made by each government to publicise authoritative maps which would require extensive coordination across different departments. Only with consistent attention, persistent action and resources can a repeat of the worst haze in history then be avoided.

Chua Chin Wei is a Deputy Director and Henrick Tsjeng a Researcher at the Singapore Institute of International Affairs. This commentary first appeared in TODAY on the 19th of July.