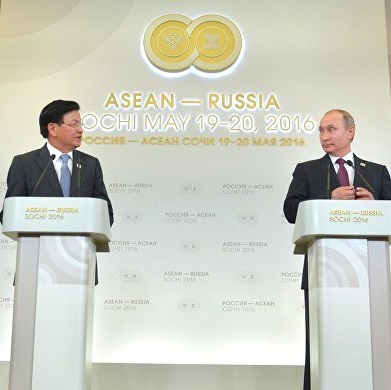 Earlier this year, Russian President Vladimir Putin hosted his ASEAN counterparts at a summit in Sochi, marking the 20th anniversary of ASEAN-Russia dialogue relations. But Russia’s efforts to build bridges with Asia come amidst other policy moves on the world stage, such as in Europe and the Middle East. On 19 July 2016, Professor Steven Rosefielde from the University of North Carolina at Chapel Hill spoke at the SIIA, answering questions on Russia and whether we live in a new world of superpower competition. What are the implications for Southeast Asia?

The United States and China are engaged in competition in Asia – a contest closely watched by other countries in the region. The US and China are on opposing sides regarding the South China Sea, and both countries are working to expand their trade and investment networks across the Pacific. But the US and China are not the only great powers on the global stage. Russia’s annexation of Crimea demonstrates that the world is dealing with a more assertive Russia, one that is also looking increasingly towards Asia to do business given its strained relations with the West. What does this mean for American and Chinese policy, and what are the implications for Singapore, ASEAN, and the rest of Asia?

Russia is a superpower in the military sense, given that it is a nuclear power which is currently engaged in rapid military modernisation. Yet even as Russia works to strengthen its military, it has simultaneously also deemphasised its forces in Asia and the Pacific. This suggests that Russia does not have designs on Asian territory and is serious in wanting better peaceful relations with China and other Asian countries like the ASEAN grouping. 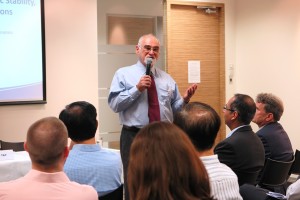 “The Sochi meeting between Putin and Southeast Asian leaders is in fact sincere. It’s not a portentous event, but what it means is that Russia will persistently expand its trade and diplomatic relations with this part of the world, and it will probably do this in conjunction with China,” said Prof. Rosefielde.

However, Russia is conscious of the fact they have lost territory, people and prestige since the collapse of the Soviet Union, and reclaiming the Soviet Union’s former sphere of influence is a driving force for Russia. In this context, Russia’s annexation of Crimea was no spur of the moment decision. Likewise, Russia’s involvement in Syria has also served to re-establish Russia as a key player in the Middle East.

“The West’s immediate response to the annexation of Crimea was to not attack militarily in any way whatsoever, but to impose economic sanctions…it’s simply a reflexive protocol that the United States does in any situation like this where it can’t figure out how to use military force,” explained Prof. Rosefielde, who also argued that the sanctions have had little practical effect on Russia’s economy.

“We’re watching a slow motion resumption of the Cold War,” Prof. Rosefielde said. “I don’t blame the American administration for denying that there is a resumption in the Cold War, but that is in fact what is involved.”