The New US Leadership: Implications for Asia 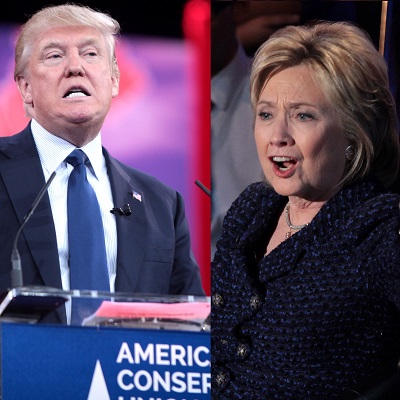 17 Aug The New US Leadership: Implications for Asia

In November, the United States will select its next President. How is the race shaping up? What are the implications for the rest of the world?

On Wednesday 17 August, we hosted three leading commentators from across the political spectrum: Kyle D. Kondik, Director of Communications, Center for Politics, University of Virginia, Frank Lavin, Chairman and CEO, Export Now, who was also a former US Ambassador to Singapore, and Steven Okun, Vice Chairman, Asia Pacific Council of American Chambers of Commerce (APCAC). The talk was moderated by SIIA Chairman Simon Tay.

The 2016 US Presidential race hangs in the balance, with sharp implications for US foreign policy and for Asia in particular. Would Asia be able to maintain trade, investment and business relations with an administration led by Republican nominee Donald Trump? Democrat nominee Hillary Clinton has pledged to continue US engagement with Asia and uphold America’s alliances – is a Clinton presidency the choice for stability?

The Singapore Institute of International Affairs is pleased to present three leading authorities on US politics and foreign policy, who will discuss the view on the ground amongst Americans, potential game changers for the election, and what this means for the Asian region. 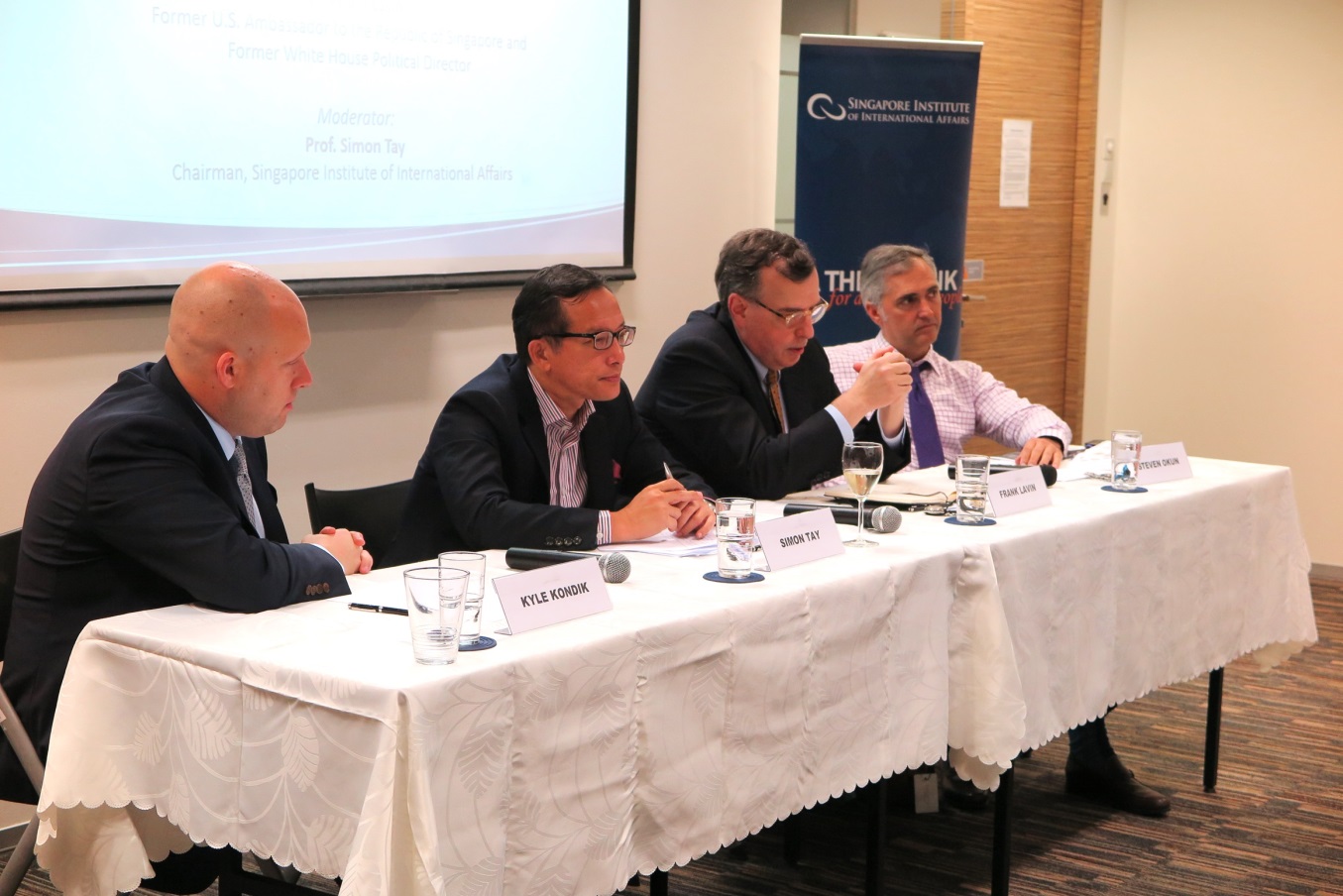 At present, Democratic nominee Hillary Clinton is leading polls in the high single digits in enough states to take victory in November. “The point is we see a stable race where Clinton’s leading,” said Mr. Kondik. “[Trump’s] losing, and he’s losing by more than a little bit.” 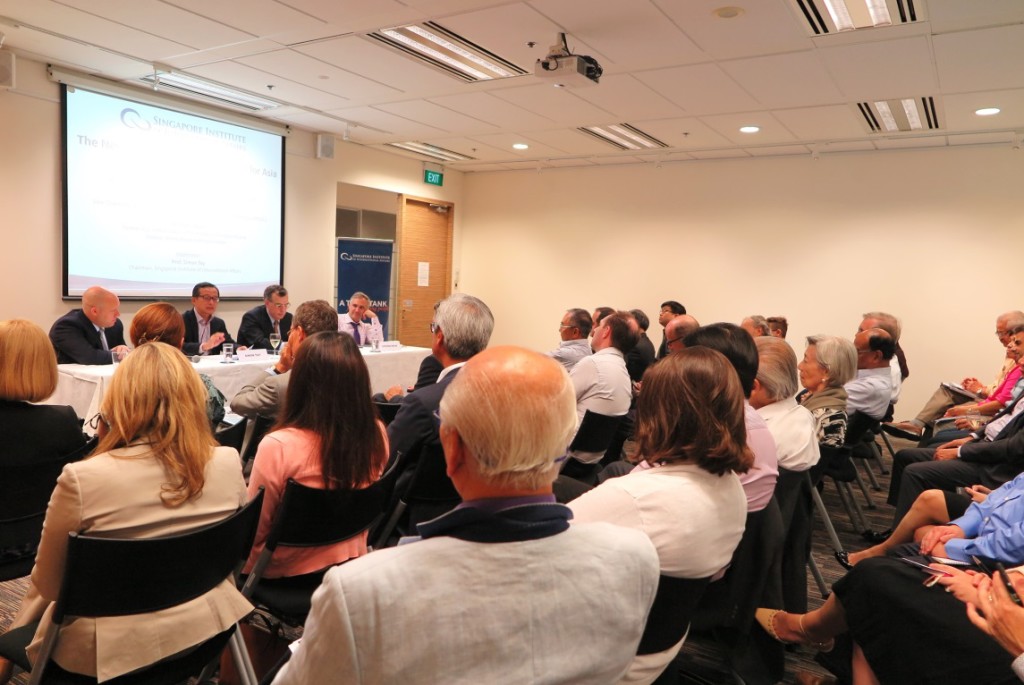 Earlier in the race, Republican nominee Donald Trump enjoyed a surge of popularity as a protest candidate, someone who captured the frustration of many voters. “But he has failed to make that journey from a protest candidate to one which is more broadly acceptable,” Mr. Lavin said.

Is it possible that Mr. Trump could make a course correction? The difficulty for Mr. Trump is that his missteps and controversies have a cumulative effect, making a comeback more difficult.

In theory, Mr. Trump could have posed a stronger challenge to Ms. Clinton by making the election a referendum on the incumbent administration – essentially what she represents is a third term for Mr. Obama. But the race has instead become a referendum on Mr. Trump.

Elections in the United States have historically been more about domestic issues. Both candidates have focused on the domestic impacts of foreign policy, perhaps more so than in previous elections. This makes it hard to project the impact of either candidates’ victory on Asia, though Ms. Clinton is of course more traditional in her views on what foreign policy entails.

That said, one major issue for US relations with Asia and other countries is the ratification of the Trans-Pacific Partnership (TPP). The issue has become toxic, with both Republican and Democrat candidates now voicing opposition to the deal.

“There is no way either [Trump or Clinton] is going to come in and sign the TPP in one of their first acts as President. Which means if it doesn’t get done in this Congress – and this Congress ends on January 5th – it will not pass for the next few years,” said Mr. Okun.

What would happen if the US does not ratify the TPP? Trade liberalisation in the region will still move forward, but the US will be on the outside looking in. It will also do harm to US credibility, as American diplomats have spent the past few years asking other countries for concessions in order to get the TPP passed, only to fail in actually getting it through the US Congress.