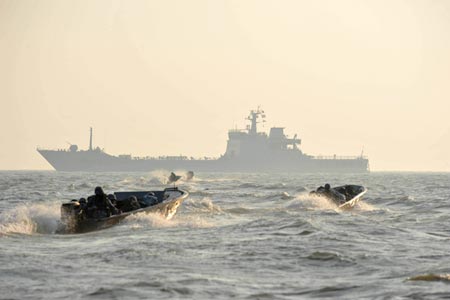 In the aftermath of the 2008 global financial crisis, two key buzzwords that conveyed the essence of the recovery strategy were “unconventional monetary policy” and “the new normal”.

The developed world would pump up credit and lower interest rates to try to resuscitate failing companies and their economies. These measures would ease off once things stabilised, but there would be no return to previous years of heady growth.

After five long years, it seems that future has now arrived.

The biggest transition in the global economy today is the United States Federal Reserve’s tapering. The good news is that this comes on the back of improvements in the American economy, including job numbers, and a show of confidence among corporations and consumers. The less good news is that while things are better, the growth will not be strong by pre-2008 standards.

There is also potentially negative news on how this plays out for the rest of the world. Policy stability in the US cannot be taken for granted, especially after the world has seen how dysfunctional beltway politics shut down Washington DC. Remember mid-2013? Rumours of the tapering sent markets tumbling — especially those of India and Indonesia.

As America shifts, emerging and Asian markets must adjust. They out-performed the West throughout much of the crisis years, but most have now stumbled and may be mired in a middle-income trap, unless they reform and upgrade. China is doing better than others and even so, its future is of slowing, single-digit growth.

The US tapering is, moreover, not the only major transition. Asia’s two largest economies are also going through complex changes that can have outsized implications for others.

China is deliberating tightening the spigot of capital and credit that indiscriminately flooded the economy after 2008. On the other hand, Beijing must also not cause an artificial drought. Finer calibration will be difficult given the close relationship between government and state-owned enterprises, as well as an ongoing battle against corruption involving powerful cliques.

Japan is one year into Abenomics, a massive loosening of yen-based credit to revive its economy. Stock markets and corporations are up, while the yen is down vis-a-vis the dollar and most major currencies.

But so far there has been little progress on deeper reform and political focus has wavered.

In large part, the Abe administration is shifting focus to politics and security because of tensions with China over the Senkaku/Diaoyu islands.

Given the historical context, misunderstanding and even a skirmish at sea or in the disputed air space cannot be ruled out. This, even more than the disputes in the South China Sea, has the potential to disrupt stability and growth across the region.

The latest news that China is considering reorganising its military regions, with a view to counteracting the US-Japan alliance, can hardly be reassuring for Asia.

The revamp is likely to enhance Beijing’s ability to launch swift attacks in the disputed territories in the South and East China seas, which would not help to ease tensions.

Yet even if the worst is avoided, Beijing and Tokyo seem in no mood to discuss — let alone coordinate — their financial and economic interdependencies and the implications for the rest of Asia. Without this, cooperation will be stunted, no matter what the Association of Southeast Asian Nations (ASEAN) — which sits at the hub of the region — tries.

ASEAN outperformed for most of the last year. But 2014 will bring challenges, and not only in the economic sphere. Politics is returning to the region with a vengeance.

Indonesia is now digesting the rupiah’s abrupt depreciation and trying to boost exports and investment to minimise trade and other deficits. A further crisis can be prevented, notwithstanding the Fed tapering. However, it seems unlikely that rapid growth will return.

The demand for resources that propelled Indonesian growth has eased. Worse, with the presidential election due, there is increased political in-fighting. A sense of policy drift is fuelling concerns that difficult, but necessary, reforms will be put off.

In Bangkok, after a period of truce, politics are very visibly denting the otherwise robust Thai economy. At this stage, a slowdown in exports and a fall in the baht do not seem critical. But if no political solution is found and trade and other deficits widen, this could combine negatively with market reaction to the US tapering.

For Myanmar, the past year was something of a honeymoon, as foreign governments and investors gave international attention to the once pariah state. Progress has been shown, especially with the successful staging of the SEA Games. However, there could be harder questions and tougher expectations this year for Myanmar to deliver on those initial signs of promise.

The country’s chairmanship of ASEAN and the fast-approaching 2015 elections will bring greater, and possibly more critical, focus from the world — especially if the restive situation with minorities in the Rakhine state and elsewhere is not stabilised.

WHAT CAN BE DONE

While these bring considerable and complex challenges, there are also possibilities for countries in the region to adapt and gain from these transitions.

A renewed domestic economy could bolster American corporate involvement in the region. This is especially if and when the Trans-Pacific Partnership agreement pushed by the Obama administration is finalised to integrate the economies of the 12 or so countries in the negotiations.

In the security realm, the rationale for a continuing American presence has been reinforced by Sino-Japanese tensions as well as the rapid humanitarian assistance provided to the Philippines after Typhoon Haiyan.

While it remains to be seen whether Abenomics will persist and be successful, the short-term boost to the Japanese presence is palpable. South-east Asia especially witnessed the upsurge of investment.

Nor will China be left behind. While the disputes in the South China Sea remain, the promise to negotiate a code of conduct has ushered in a kind of truce. China has also softened its rhetoric on the maritime disputes, bringing hope for more peaceful discussions.

More broadly, Beijing has promised to deepen ties with a number of South-east Asian countries, with trade and investment likely to grow. ASEAN can help itself by moving ahead steadfastly with its commitments to create a single community by 2015. Especially important will be the economic community pledges to create a single marketplace and production base.

For Singapore, growth slowed to 3.7 per cent in 2013 and will be subject to further uncertainties in 2014. The country, often held up as a model of economic growth and efficiency in the region, is in the midst of restructuring to deal with a tightening labour market and heightened competition from its neighbours.

At the same time, Singapore is seeing an increasingly vocal electorate and emerging social tensions, not least among the foreign worker population in the country, which resulted in the first riots in more than 40 years last month.

With the current Government approaching the midpoint of its five-year term and elections looming in 2016 at the latest, 2014 is set to bring policy changes by the administration as it seeks to address the most pressing concerns of the people. At the same time, Singaporeans will have to learn to accept and navigate a new reality, where the certainties of consistent high economic growth and a stable political and social environment may be things of the past.

How Singapore and indeed the rest of the region cope with this period of transition will determine if the years ahead will really see a resurgent and dominant Asia.

Simon Tay and Nicholas Fang are, respectively, Chairman and Executive Director of the Singapore Institute of International Affairs (SIIA). This article appeared in the TODAY newspaper on 7 January 2014 and the South China Morning Post on 9 January 2014.