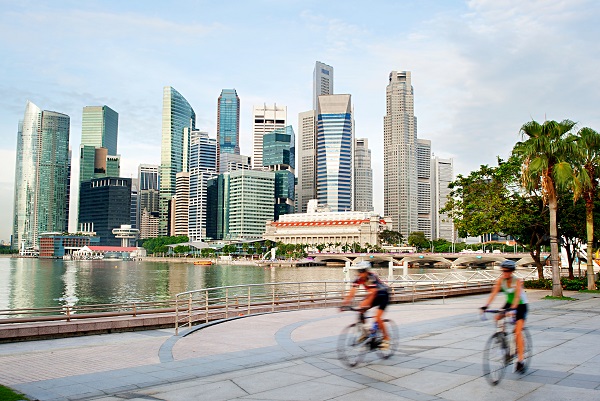 The world is undergoing an unprecedented and irreversible wave of urbanization, with the share of the global population living in cities set to reach 60% by 2030. But rapid urbanization is driving up industrial fossil-fuel consumption and household water consumption, and is increasing demand for food in areas where arable land is scarce. In short, the current urbanization trajectory is not sustainable.

But existing efforts to alter the situation remain woefully inadequate. While the United Nations General Assembly has tasked its agency for human settlements, UN-HABITAT, with promoting sustainable urbanization, the agency lacks the influence to ensure that this vital issue makes it onto the global agenda. Moreover, international development players – including UN agencies, NGOs, corporate citizenship programs, and other charitable organizations – rarely coordinate their activities, even though their interventions are increasingly concentrated in densely populated cities.

Given that promoting sustainable urbanization and improving coordination would bolster progress in other priority areas (including women’s rights, climate change, youth unemployment, and literacy), sustainable urbanization must become a bureaucratic priority. And it must be complemented by a technological disruption, with investments channeled toward developing and distributing innovations that would make cities more livable, efficient, and sustainable.

In fact, many useful innovations, such as energy-generating building materials and zero-emissions transportation, already exist; they simply need to be made accessible to those who need them most. Devices like small-scale water-filtration systems, portable heart monitors, and low-cost tablet computers are already dramatically improving the lives of the world’s poorest citizens and helping to level the economic playing field.

The future impact of global governance rests on forging new alignments that facilitate the flow of vital knowledge and technologies from an increasingly diverse array of sources to urban populations worldwide. The tools needed to make urban life more sustainable are no longer flowing only from North to South and West to East. China has taken the lead in exporting solar photovoltaic cells, while clean-tech parks are arising even in the Arab world.

Governments, companies, supply-chain managers, corporate-citizenship strategists, NGOs, and others should commit to reducing their carbon footprints and to leveraging their resources to contribute to sustainable urbanization. Opportunities to make such contributions are appearing constantly – and across all sectors.

In construction, for example, contractors are forming partnerships with labs to test materials that better reflect heat while absorbing energy to power cooling systems, and utility companies are leveraging new software tools to deploy smart meters in homes and offices. Two US cities – New York and Seattle – have raised efficiency standards for new construction to record levels.

Similarly, automobile manufacturers, mobility-services companies, and local governments are working together to advance sustainable transportation by providing incentives for efficient non-ownership of vehicles. As a result, carpooling is gaining prevalence in cities like Berlin.

Singapore is leading the way in another area as well: production and distribution of potable recycled water. Many cities worldwide are following its example, expanding their water catchment and treatment programs. Meanwhile, vertical farm experiments – which aim to augment urban food supplies by cultivating crops in skyscraper greenhouses – are proliferating from the American Midwest to Osaka, Japan. And India has become a leader in converting biomass and food waste into energy.

Of course, the billions of farmers and villagers worldwide should not be forgotten. Interventions like rural electrification, the provision of drought-resistant seeds and agricultural technology, and the expansion of micro-insurance are vital not only to rural populations’ welfare, but also to catalyze a new “Green Revolution,” without which city dwellers will face severe food shortages.

With new, innovative solutions appearing every day, the real challenge lies in bringing them to scale – and that requires international cooperation. But the “smartest” cities are not necessarily the most technologically advanced. Rather, they are the places where technology and public policy support citizens’ welfare and aspirations. This crucial fact will guide discussion at the New Cities Foundation’s second annual summit in June – the theme of which is “The Human City” – and should be at the heart of sustainable urbanization initiatives.

Making sustainable urbanization a strategic priority might be the only way to overcome the interrelated crises of jobless growth, youth unemployment, and income inequality. While some factory jobs can be outsourced or automated, robots cannot yet retrofit buildings, install solar PV cells on rooftops, or construct vertical farms. Even the movement in some cities, such as Singapore and Tokyo, toward driverless subways or cars will demand substantial labor to build and manage the relevant systems. In the future, as in the past, the most labor-intensive jobs will involve building homes, production facilities, and, in turn, communities.

Dr Parag Khanna is a Senior Fellow with the Singapore Institute of International Affairs. This article was first published in Project Syndicate on 23rd May 2013.