Earlier this month, the leader of Vietnam’s ruling Communist Party, Nguyen Phu Trong, made an official visit to Beijing. His trip underscores the dilemma facing Southeast Asian nations. Can Asian countries strengthen their ties with China without compromising their own national interests? Both China and Vietnam... 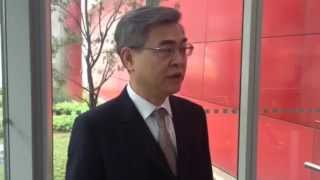 3-on-3 with Xiao Geng: China’s economy and the region

How will China's economic slowdown affect Singapore and our neighbours in Southeast Asia? We spoke with Dr. Xiao Geng, Vice-President (China) of the Fung Global Institute, about China's economy and other current questions, on the sidelines of our Future50 public lecture on 31 March 2015.... 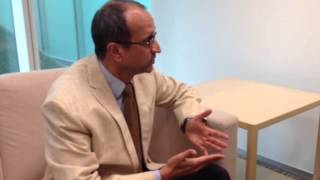 3-on-3 with Kanti Bajpai: China is on Modi’s mind

The SIIA spoke to Dr. Kanti Bajpai, Vice Dean (Research) and Wilmar Professor at the Lee Kuan Yew School of Public Policy, NUS. He shares his views on Indian Prime Minister Narendra Modi's Act East policy, the implications for relations between India and China, and...

Remembering LKY: Tributes from around the world

Mr. Lee Kuan Yew, Singapore's founding Prime Minister, was a deeply respected figure, not just in Singapore, but around Asia and across the world. Since his passing, the Singapore Institute of International Affairs (SIIA) has received several messages from our partners in the diplomatic, media,...

Around the Web: Speed bumps on Myanmar’s road to liberalisation

Myanmar has hit new speed bumps on its road to liberalisation in recent weeks - from renewed clashes with ethnic-Han rebels near the border with China, which culminated last week in the Myanmar Air Force mistakenly striking Chinese territory - killing four Chinese civilians and...

Malaysia is in the spotlight this year. Global spectators are conscious that the formation of the ASEAN Economic Community (AEC) will happen under PM Najib’s watch. Malaysia is under pressure to perform, but her chairmanship comes at a time when Malaysia is faced with economic...

Former state TV news anchor and journalist Ms Chai Jing’s documentary “Under the Dome” has enjoyed much fanfare among the Chinese public as well as their political leaders, including Minister Chen Jining from the Ministry of Environmental Protection. The minister was quoted as saying that the documentary... 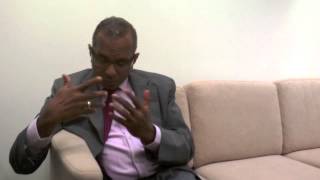 3-on-3 with Manu Bhaskaran: Low commodity prices – curse or blessing

Mr Manu Bhaskaran is the founding CEO of the Centennial Group’s Singapore subsidiary, Centennial Asia Advisors, and a Council Member of the SIIA. He is also an Adjunct Senior Research Fellow at the Lee Kuan Yew School of Public Policy. We asked him for his views...

From Lima to Paris 2015 – Working towards a climate deal

The SIIA attended the United Nations Framework Convention on Climate Change (UNFCCC) 20th Session of the Conference of Parties (COP20) at Lima, Peru, from 1st to 12th December 2014. This article recounts the proceedings of the two weeks conference and provides an insight on the...