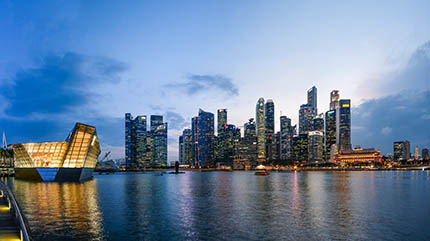 By Nicholas Fang
For TODAY

When Malaysia’s opposition alliance, Pakatan Harapan, won the May 9 general election, many in the country hoped for a government that could stem corruption and move forward with reform.

Many Malaysians admired the commitment and extraordinary energy of Dr Mahathir Mohamad and believed that no other single person did more to secure the stunning upset.

Across the Causeway, some Singaporeans expressed admiration for how Malaysia managed to peacefully transition from a coalition that had been in power for over six decades to a new government.

Others however started to brace themselves for a return to a testier relationship with their northern neighbour.

Younger Singaporeans celebrating Dr Mahathir’s electoral success may not remember this, but the last time he led Malaysia, bilateral ties were marked by what ousted prime minister Najib Razak described as “confrontational diplomacy and barbed rhetoric”.

Tensions rose between the two countries over issues ranging from territorial disputes, the use of Malaysian air space by Republic of Singapore Air Force, a plan to build a bridge to replace the Causeway, and of course the supply of water to Singapore.

It is in this context that Dr Mahathir’s latest comment to the media that he wants to renegotiate the price of water sold to Singapore, which he considers “manifestly ridiculous”, should be viewed.

There will, on Singapore’s side, be no doubt a strong response should Malaysia push for a price review.

The Republic is still dependent on imported water, and Malaysia’s supply and pricing are protected by a legally-binding agreement.

In response to Dr Mahathir’s latest comments, Singapore’s Ministry of Foreign Affairs has already reiterated that the 1962 Water Agreement is a fundamental agreement that was guaranteed by both governments in the 1965 Separation Agreement registered with the United Nations, and that both sides must comply fully with all the provisions.

Yet water has also often been subject to a long history of political sabre-rattling between the two sides.

This dates back to Malaysia’s first post-independence Prime Minister Tunku Abdul Rahman who famously told a British diplomat that he would “switch off the water supply” if Singapore did not do what he wanted.

Dr Mahathir’s comment will also be scrutinised in tandem with other statements made during his campaign, as well as with moves announced since coming into power.

Most notably, one of his first actions was to scrap plans for a high-speed rail (HSR) link between Kuala Lumpur and Singapore.

To some, this may suggest a return to more combative stance between the neighbours that could even see joint residential development projects in Singapore between the sovereign wealth funds of both countries to be next in the crosshairs.

Such a scenario would spook investors and markets, given how the two economies are highly interdependent.

It remains to be seen what will follow. Dr Mahathir was quoted in response to questions from the media, and admitted that official government policy has not been settled in Cabinet among the coalition members.

In this context, it is notable that the HSR cancellation announcement was first made by him before it was endorsed by the Cabinet.

Interestingly, the Malaysian decision now seems to have been walked back to a “postponement” of the project instead of a cancellation.

Moreover, the reason emphasised by other cabinet members was the overall financial pressures that the new government faces in resolving its RM1 trillion debt.

As such, a rational reason was offered for the HSR decision. The new government also made a commitment to honor the international agreement on the project between the two countries — notwithstanding that this would result in considerable penalties for Malaysia’s decision.

On the water issue, there is a sense of deja vu.

Back in the 1990s and early 2000s, talks were opened, but when no agreement could be reached on the price revision desired by Malaysia – which at one time was 200 times the previously agreed price – the negotiations collapsed amid finger-pointing and accusations of profiteering on the part of Singapore.

Both then and now, Singapore will point out that both countries must fully comply with all the provisions in the 1962 water agreement, as it was guaranteed by both governments in the 1965 Separation Agreement which was registered with the United Nations.

A new factor in today’s environment is that Malaysia has suffered a series of water shortages, though this is not related to the sale of water to Singapore and is fundamentally due to drought in recent years, and issues such as pollution.

Regardless of whether the latest posturing eventually leads to concrete actions and reflects Dr Mahathir’s real-world approach to diplomatic relationships, or if it’s just another tactic to gain political leverage, there are some hard facts which cannot be ignored.

Firstly, the issue of water remains a key vulnerability for Singapore.

As Foreign Minister Vivian Balakrishnan reiterated in Parliament last year, the 1962 Water Agreement is “sacrosanct” to Singapore. This explains why the country’s leadership takes any questioning of the agreement very seriously.

The late Mr Lee Kuan Yew, Singapore’s founding Prime Minister and architect of the country’s water story, famously declared at a 2008 water event in Singapore, that “every other policy has to bend at the knees for our water survival”. This would of course include economic, social, military and other security policies.

In short, water represents a strategic red line for the country, more so than other security concerns.

Secondly, the push for sustainable water independence remains a clear and pressing focus for Singapore.

Much progress has been made to increase Singapore’s own reservoirs, recycle “new water” and desalinate water from the sea — but for now the Republic still depends on water imported from Malaysia for much of its needs.

The country must ramp up these domestic resources ahead of 2061, when the current agreement with Malaysia expires and when Singapore’s water use is expected to double from about 430 million gallons a day (mgd) now.

The third conclusion to be drawn from Dr Mahathir’s return to the water issue is the fact that international relationships can turn on a dime.

The improved relationship with Malaysia under Datuk Seri Najib had seen water worries fade into the background, and economic cooperation grow prominently in the foreground. But this seems increasingly the policy of the past.

Even as Dr Mahathir promises to “sit down…and talk like civilised people” about the water issue, it’s a good reminder that Singapore and other international partners of Malaysia need to ready themselves for change and uncertainty, and be prepared to stand firm when it comes to critical issues.

ABOUT THE AUTHOR:
Nicholas Fang is Director for security and global affairs at the Singapore Institute of International Affairs, and a former Nominated Member of Parliament in Singapore. This article was first published in TODAY on 3 July 2018.